Shiliming has been playing a pioneering role in the vision care industry and has patented technology and experience for more than 20 years. By applying the channel-collateral principle of traditional Chinese medicine science and based on the Western medicine theory, Dr. Wu has successfully vibrated the channels and collaterals around the eyes by means of magnetic field, in order to change the function of autonomic nerve, improve blood circulation, stimulate optic nerve, adjust the elasticity of ciliaris and crystalline lens, and thus allow the eyes to regain the original adjusting function. Physical method along with the technology on eye cells activation through physical magnetic field-based gene modification and nerve stimulation will activate optic nerve and retina and therefore will improve vision by enabling eyes to recover the self-healing ability in adjusting the visual focal length. 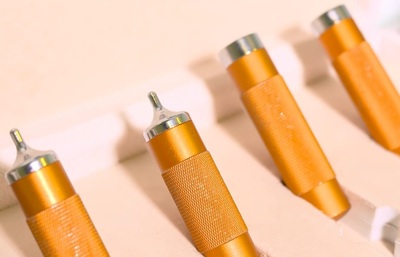 The application of magnetic field oscillators is based on the science of acupuncture and moxibustion. Based on Western medicine theory in combination with the channel-collateral principle of traditional Chinese medicine science, Shiliming invented the technology on eye cells activation through physical magnetic field-based gene modification and nerve stimulation which avoids the penetration into skin by acupuncture and moxibustion and is safe and free of side effect.

1. Release oxidized nitrogen, dredge the channels and collaterals, and lead to unrestricted qi and blood;

4. Speed up inflammation resolution and the elimination of swell and pain from inflammation; 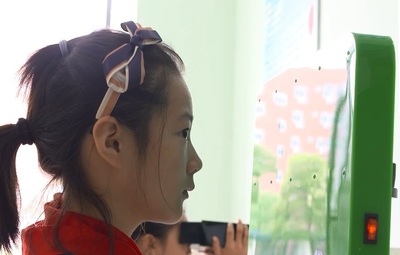 This exercise will improve the ability of extraocular muscle, ciliaris, crystalline lens, internal and external swing of eyeball and will have remarkable effect on myopia, strabismus and astigmatism. 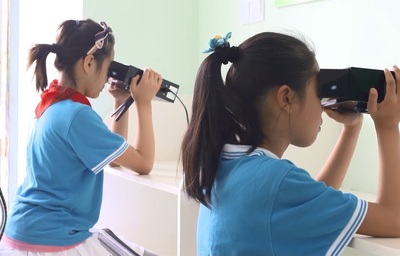 This exercise will enhance the zooming ability of iris and pupil. It is suitable for those who are afraid of light or who have poor night vision due to myopia and astigmatism to use this device more frequently and amblyopia suffers may also exercise more by using this device, so as to ensure the normal function of amblyopic eyes.Alternatively, the optic nerve can also be stimulated by light.

Physical training therapy: effective or not?

Physical training functions the same as recuperation. As mentioned before, the viewing effect of eyes is closely connected with the adjustment of muscle in the eyes. By relaxing and exercising the muscle, physical training makes the muscle more elastic and allows it to resume normal functions. Department on physical training therapy for eyes has been set in the ophthalmic hospitals in Europe, America, Japan and many other countries. So we may see that this method has prevailed in foreign countries for years. Here are some people who have made outstanding achievement in this area.

William Bates is an ophthalmologist in New York. During the treatment of patients, he noticed that vision can be resumed by exercise. The vision recovery method as developed by William was usually referred to as the Baez therapy. In 1920, Dr.Bates published a book entitled The Perfect Sight Without Glasses.

However, the Bates therapy was opposed by traditional ophthalmology believers, for it contradicted with the interest of most ophthalmologists. Because the theory of Bates

conflicted with the ophthalmic theories at that time, this therapy could hardly be recognized and understood by the public, nor had it been put into extensive application. As a consequence, Bates was also dismissed by his work unit - New York Medical College and Hospital. Despite the unfair treatment, his Bates therapy still helped many people rid of glasses, and his accomplishment was recorded in the ophthalmologic textbook of Taiwan Medical School.

Meir Schneider suffered from cataract and many other problems right after his birth. After five unsuccessful operations, he was believed to be blind all his life. When he was 17, a friend of his taught him the Bates exercise. Afte rmore than ten years’ pains taking effort in this way, he recovered from congenital blindness and strabismus, and even obtained the driver's license of New York without wearing glasses. From then on, Schneider began to help others to improve vision. Many of his students ran business in Brazil by using Schneider’s methods and his impressive achievements had been widely known by the public by virtue of report. Many traditional experts also sang high praise for his method, for the improvements were quite out of their expectations. Now Schneider commits to disseminating his concept and method to benefit the public.

Presently Nakagawa Kazuhiro serves as head of the Vision Training Center in Japan, researcher of the US Ophthalmic and Optometric Promotion Foundation, and chief researcher of Ophthalmic and Optometric Society in Baltimore. He was born in Hiroshima County, Japan in 1953. After graduation from the Political Economy Departmentof Waseda University, he went to the US for further study of visual recovery therapy. In 1990, he came across the most successful case of vision treatment by training in the US in which vision recovery by stimulating the brain wasupheld. After that, he succeeded in developing the “eastern vision therapy”.Back in Japan, he held his first announcement campaign which was widely reported in media. This epoch-making vision recovery method splashed newspaper,magazines, and TVs and its high effectiveness had become the focus of attention. He also published Better Vision for Your Eyes, Vision Recovery-AnAbsolute Possibility,and other books.

Leo Angart, born in Denmark, developed the Magic Eyes course by combining the physical treatment of the West with the pneumatic treatment of the East. He introduced this course all over the world and benefited countless eyes. His eyes were cured by this therapy. Before improving his vision through in a natural way, Leo had suffered from myopia (-5.5 diopters) for 25 years. As he also suffered from presbyopia, he had to alternate two pairs of glasses. Now Leo no longer suffers from myopia,presbyopia or other eye diseases.

In recent years,natural diet and naturopathy have become popular in Europe. Leo’s vision improvement naturopathy featuring free of operation, medication, eye drops or glasses has enjoyed tremendous popularity. Although settled in Germany, Leo has been giving lessons across the world. His book - Improve Your Eyesight Naturally became the best seller immediately after published in Germany in June 2005 and has been republished for more than once.